Bill C-25: “Getting Tough on crime” and the effect on civil liberties.

Bill C-25: “Getting Tough on crime” and the effect on civil liberties.

Getting tough on civil liberties with Bill C-25 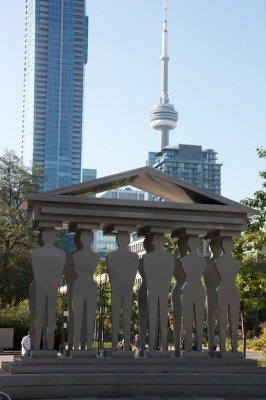 In February of this year, our present government enacted Bill C-25. The bill, which targets pre-sentencing custody, severely impedes the ability of people awaiting trial to seek acknowledgement of their “pre-sentencing” incarceration, vis-à-vis a “time credit” toward their eventual sentence. To put it bluntly: if you are charged with a crime, have a criminal record and are denied bail, the time you will spend awaiting trial will only count at par toward the sentence you are given. Previously, pre-sentence custody time was assigned a premium in recognition of the fact those awaiting trial had not yet been convicted of anything. Under the new legislation, and only in “exceptional cases” will an additional half measure be added to pre-trial custody.

The presumption of rights and the constitution.

What’s so bad about that? Well for starters, the Canadian Constitution presumes one is innocent until proven guilty. The aims of justice cannot be served in reverse; one cannot be charged with an offence and held in custody as they await trial, only to be found not guilty when that trial date finally comes around, and be released. What, then, happens to the year of one’s life spent in jail for a crime they were acquitted of? If found guilty, any pre-sentence custody time would be doubled and debited from the sentence imposed to reflect this idea. Not anymore. In some cases, bail is justifiably denied and the body of jurisprudence is well established in this area. However, that isn’t the primary concern here. What is alarming about this legislation are the subversive effects its ratification will have upon Aboriginal and disadvantaged accuseds.

“Getting tough on crime”

The Conservative government has made “getting tough on crime” a pillar of their campaign. Indeed, almost every Canadian would agree that criminal activity is harmful to and undesirable for a western democracy such as ours. However, it is this colloquially termed “Truth in Sentencing Act” that is harmful – not only to those with criminal records who are directly effected by it – to our society as a whole.

Having just graduated from Law School, on the West coast at that, I find these measures completely miss the mark if the aim is to reduce crime rates; Statistics Canada has reported crime rates are falling across the board.

[1] Crime is almost always a reaction to socio-economic factors that plague certain groups more than others. Incarceration, or the ability of the state to punish those who violate our common sense of what is right and what is wrong, exists to sanction criminal activity. And of course, justice requires discipline for social deviance. However, rehabilitation, reduction of recidivism through education, and eventual reintegration are supposed to be the goals of incarceration through the implementation of appropriate sentencing principles. Retribution and punishment have been dwindling in importance and have been viewed as impotent measures through which to achieve the principles of sentencing, since Victorian England.

The financial toll of tough on crime policies.

Much has been made in the media about the considerable financial toll this legislation will place on Canadian taxpayers, already over burdened by financial recession and cuts to social spending:

Kevin Page, the Parliamentary Budget Officer, … [estimates] that the costs to run the federal and provincial jails, now at $4.4-billion a year, will rise to $9.5-billion by 2015-16. Sixty per cent of the extra costs, or $3.1-billion a year, would be borne by the provinces.[2]

Despite how obviously fiscally irresponsible, the financial aspect of this legislation is just the tip of the iceberg. What concerns me more is the reality that over-incarceration doesn’t work; the more you lock people up, deprive them their liberty, put them into jail and force them to experience the horrific monotony of prison life and dehumanize them, the less likely they are to have been rehabilitated, to be remorseful of the act for which they were incarcerated, and to reintegrate into Canadian society upon their release.

The effects on Canada’s Aboriginal.

Further, it is widely acknowledged that poor and Aboriginal accused spend far more time in custody than their white, privileged counterparts. Those without access to good legal representation, or the ability to advocate for their rights, are more likely to plead guilty to an offence (often a result of intimidation by the judicial process, unavailability of resources and a lack of knowledge surrounding the justice system in general), which in turn leaves them with more entries on their criminal record, which is an important factor in deciding if one receives bail on any subsequent charges, and leads to their detention more often than those who plead not guilty. Thus Aboriginal and poor accused will spend more time in custody awaiting trial, due in part to socio-economic contributors outside their control, will not be credited with double time for that pre-trial custody, and will ultimately spend more time incarcerated than other classes of accused persons.

Aboriginals and other minority groups, of which poor Canadians are apart, are thus duly discriminated against by this legislation. First, they are more likely to be denied bail, and second, will not end up receiving the benefit of 2 for 1 pre-trial custody time credited against the sentence received.

Most Canadians agree that crime is bad: it tears apart lives, families and communities. However, fiscally reckless legislation, which does nothing to address the reasons for crime and wholly ignores the widely accepted reality that over-incarceration is a harmful, ineffective, socially burdensome and dehumanizing practise, is not the answer – especially when that legislation does not have uniform application. Further marginalizing Aboriginals and other poor Canadians through such discriminatory legislation is wholly unhelpful at any stage of the criminal justice process.

The projected $9.5 billion dollars would be far better spent on increasing social programs in poor communities and on reserves that target the reasons why crime is committed in the first place. Within jails, increasing the availability of counseling services and educational programs, focusing on rehabilitation and not retribution and punishment as the reason for incarceration, and giving inmates the opportunity to build their skill set would surely see eventual reintegration into society as a tangible goal and ultimately further the entire point of this legislation, which is the reduction of crime rates.
Anna Stuffco, B.A., J.D.