Skip to content
Police Accountability and the Death of George Floyd

What it Costs to Breathe: The Death of George Floyd and Lessons on Police Accountability

On Monday, May 25, 2020, George Floyd, a Black man, was killed while in police custody in Minneapolis, Minnesota.  The frustration felt by so many in the African American community has led to widespread protests across the United States.  The demonstrations have been echoed in Canada and elsewhere, both in solidarity with that particular community and in recognition of the unequal treatment of visible minorities by law enforcement in our own communities.

Amidst the frustration and the growing public recognition of the chronic disease of systemic racism in the U.S., questions also arise as to specific policy changes to address some of the discreet symptoms of that disorder.

The lack of police accountability is one grievance that feels particularly urgent.

Some specific policy changes I have read about in recent days from people more knowledgeable than I include: bolstering police-oversight mechanisms, ending Qualified Immunity in the U.S., and defunding police services to instead invest directly into communities.

Another specific policy change occurs to me as a criminal defence lawyer that may seem remote from the immediate issue but could open a critical route to accountability and individualized justice: reduce the length of criminal sentences in the U.S.A. and stop the practice of overcharging.

The impossible ultimatums placed on accused persons staring down decades in prison in the U.S. make the act of standing up for one’s rights in that context – and thereby holding police accountable for their misconduct – untenable.

The Criminal Trial as a Court to Police Accountability

In Canada, we have the Canadian Charter of Rights and Freedoms.  Section 7 of the Charter holds that all persons have a right to life, liberty and security of person.

When a police officer uses unwarranted or unreasonable force on a Canadian, they breach that person’s Section 7 Charter Rights.

Section 9 of the Charter protects against arbitrary detention.

When a police officer arrests or detains a Black person in Canada without cause, but on suspicion born of racial profiling, they have violated that person’s Section 9 right.

It is common for these violations to be exposed at the aggrieved person’s criminal trial.  Even if police found contraband on that person they unlawfully detained, for example, the accused can seek relief based on the Charter violation.  Even if the person had committed a crime and was lawfully subject to arrest, they can – in the clearest of cases – have the case thrown out if police used unreasonable force in effecting that arrest.

It shines a disinfecting light on police misconduct.  The courts are unwilling to be seen to condone such behaviour, and the say so.  Ideally, this sends a message to the public that there is accountability.  Ideally, this deters police from misconducting themselves.  Ideally, it provides the person who was wronged appropriate relief on an individualized basis.

But you have to go to trial to stand up for these rights and these remedies.  In Canada you can attempt other routes to address police wrongdoing but it is, by all indications, an expensive and remarkably difficult road to hoe.  For the most part, if you plead guilty to the offence – out of remorse, or to avoid a harsher penalty – the police misconduct goes unaccounted for and undeterred.

Incentives to waive rights fosters a police culture of impunity

The gears of the criminal justice system are greased by guilty pleas.  This is how it works in Canada and I can only assume this is how it works in the United States as well.  Neither system has the capacity to entertain a trial for every accused person.  Each individual person has a right to a trial, but there is tremendous pressure on the system to incentivize accused persons to plead guilty at an early stage so the systems do not become overwhelmed.  It is appropriate for a guilty plea to be considering a mitigating factor on sentencing.  A person is entitled to a lighter sentence – all things being equal – when they acknowledge their wrongdoing, spare a victim from a drawn-out process, and – frankly – spare the state the financial burden of proving their guilt.

But, from my understanding as an outside observer, this “incentive” has grown wildly out of hand in the United States.  The length of sentences for common criminal offences is so incredibly punitive it becomes impossible to think of the practice as “incentive to plead guilty” rather than an overbearing disincentive to exercise your legal and civic rights.  When a person faces the prospect of a few years in jail on a guilty plea or 30 years after trial, the word disincentiveseems inadequate and even deceitful.  It is essentially extortion.

I would imagine there are many accused persons in the U.S. who were wronged by police, but forgo their right to speak up about that harm at trial, because they are too scared of the prospect of decades in prison to risk having a trial at all.

Another phenomenon in the American criminal justice system, as I understand it, is that of overcharging.  This is the process by which prosecutors lay more charges than necessary, and more serious charges than necessary.  The prospect of multiple felony convictions, for example, serves as the gun held to the head of the accused.  With the other hand, the prosecutor’s office will then extend the option of a plea to a more reasonable and appropriate misdemeanor charge, for example.  This creates the massive disincentive to go to trial and stand up for one’s rights.

If the remarkably high sentences are the purview of legislators and judges, overcharging is that of prosecutor’s offices. Together – intentionally or unintentionally – they serve to silence accused persons and shield police misconduct from accountability.

As a criminal lawyer, I understand the dilemma of an accused who wants to stand up for his rights – and by extension, the rights of all people – on the one hand, but must act in his own best interest on the other.  As long as the person is factually guilty of a criminal offence, I understand the very personal choice to plead guilty even if it means forgoing a strong Charter argument that would expose police misconduct.

I cannot imagine how I would advise a client who was brutalized by police during his arrest when the exposure of that brutalization means risking 30 years in jail.   As distasteful as it is, in dedicated service to the client, I would have to concede it would often be in his best interest to plead guilty.

And so, the police brutality goes unchecked and undeterred.  But we cannot blame the victim of that brutalization for remaining silent and thus allowing this to happen.  It should not fall to the person who was harmed – and his family – to sacrifice 30 years of life to right the wrongs perpetuated by others upon him and his community.

The momentum of change must rise

It is ironic and tragic that the ultimatum and the remedies I speak of are available only to those persons who happen to have been wronged by police and committed a crime themselves.  It does nothing substantial to address the stop-and-frisk or “carding” or harrassment or over-policing or brutalization of visible minorities who have not done anything wrong.

It certainly provides no remedy to somebody like George Floyd, who cannot advocate for any of his rights, because he is dead. 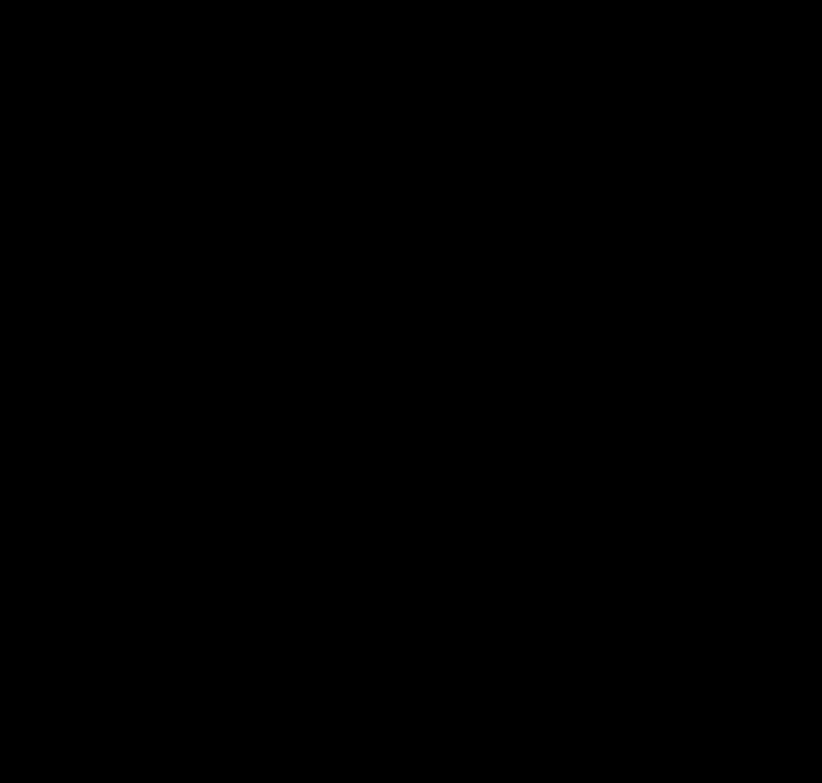 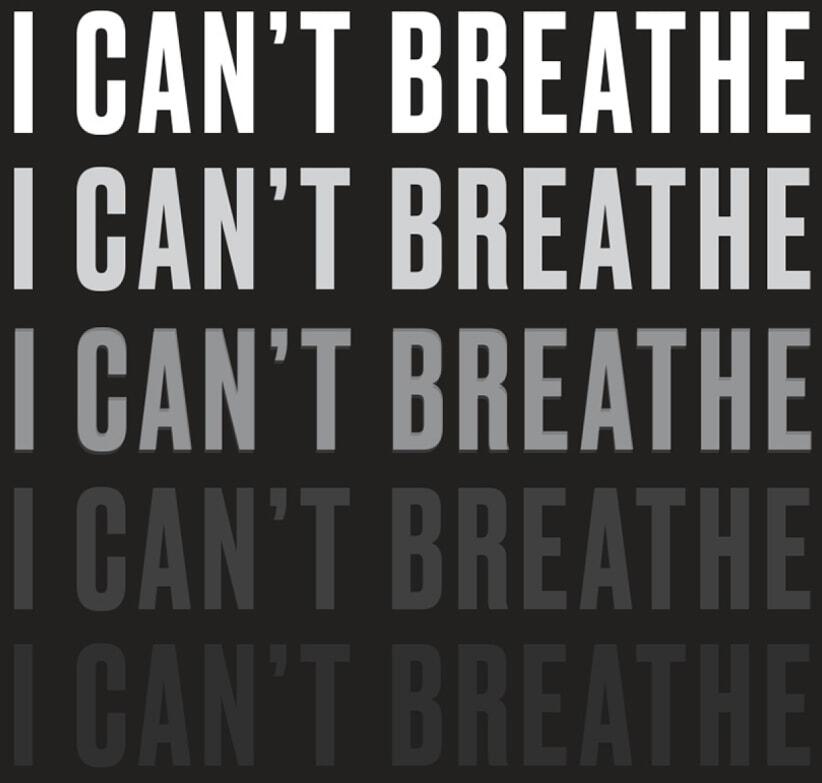 It also takes a great deal of optimism to presume that members of law enforcement would be so deterred by the in-court exhibition of a colleague’s misconduct that he would act differently going forward than he otherwise would.  This is especially so when the exclusion of evidence or stay of a criminal charge based on police misconduct does not really affect the offending officer personally in any way.

The scenario set out in this argument does not nearly capture the extent of mistreatment of persons of colour in our society generally or by law enforcement specifically.

But the mistreatment of racialized criminal-accused by police is a microcosm of that evil.  And the practical bars on their technical legal avenues to address that evil is an example of systemic failure.

Removing the extortionate disincentive for accused persons to stand up for their rights at their own criminal trials may be a small step.  But perhaps it would be a step in the right direction towards accountability for these most troubling types of police misconduct: use of force, racial bias, and the agonizing, infuriatingly common and deadly combination of the two.